I’ve had cards set aside to make a “Weatherlight Crew”  theme deck for quite awhile  (with Legacy Weapon as my 5-color “General,” breaking the rules of the format wide-open).

This morning it struck me that many parallels could be drawn between the Crew of the Weatherlight, another rag-tag band of Science-Fantasy misfits on a Flying Ship out to save the world from infectious science-zombies…

…thus we have: The Big Damn Heroes.
(I used the quite cool Quantom Mechanix Art Noveau portraits (please don’t sue me))

Of course Mal is Gerrard. He’s the Boss (though Mal is way cooler than Gerrard)

And Sisay was the obvious choice for his second.

I was torn over who would be the better Hanna. In the end the Navigator/Pilot theme won out.  I also imagine Artificers to be like Archaeologists… which are like paleontologists and…. Dinosaurs. Also, similar fates. 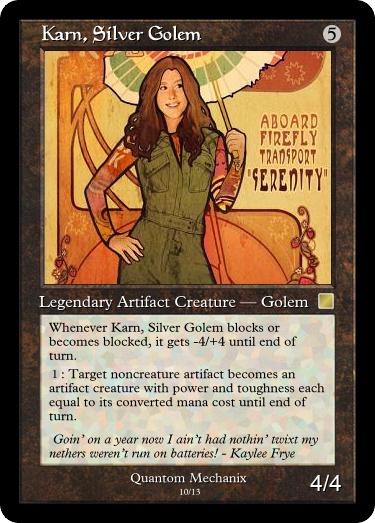 Kaylee was the other option for Hanna, but in the end, she was the one keeping the ship in the air, and had a way with machines. Please excuse the off-color quotation choice.

Un?requited  or at least awkward love with the captain? Check! 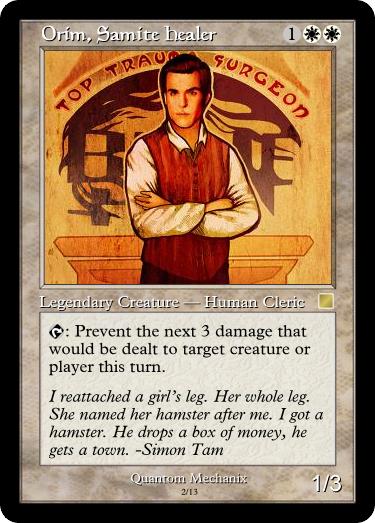 Super Badass that can “fight” anything, and had some bad experiments happen. 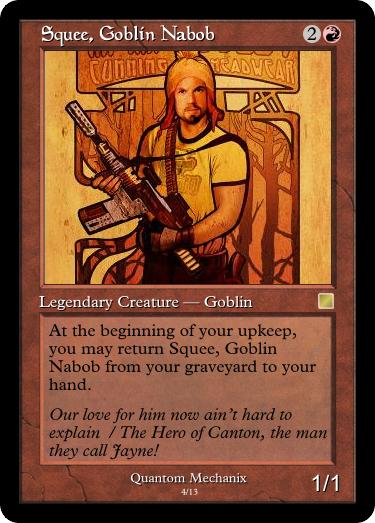 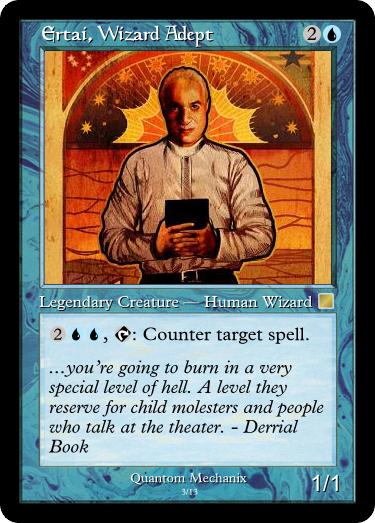 Book was another tough one. He’s not cocky like Ertai (though there’s that whole fate thing). He has a bit of a Dark Past, but I didn’t quite see him as Crovax . 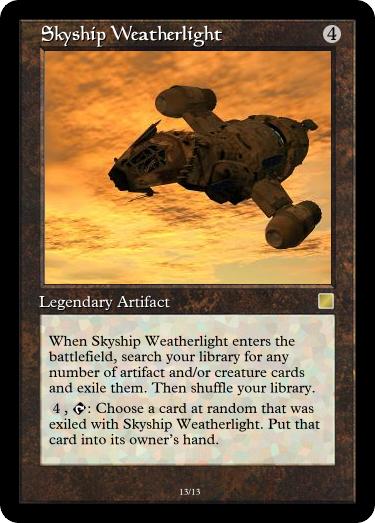 This one was another no-brainer. I really like the picture for the Legacy Weapon.

She really should be Takara, but Takara didn’t get her own card. Traitrous Red-head? Yes Please. 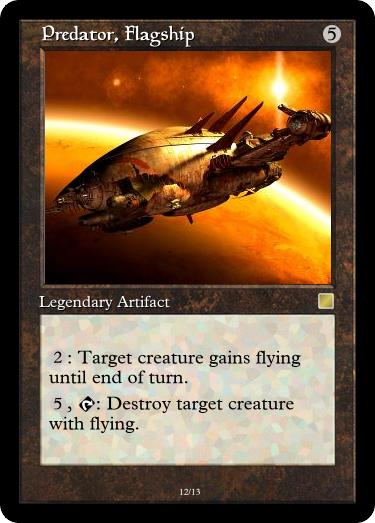 The deck isn’t finished. I’m going to stick with Weatherlight Story Blocks cards, of course. I haven’t decided who all the other Legends will be, and I don’t know if I’m going to make proxies of every card, or just the Legends.